Bear Films is the best you will ever get when it comes to genuinely big, hairy men. And we mean big. While most other sites concentrate on the buff, hunk types, Bear Films has been offering up fat, furry men for a lot of years now. The exlusive video count is currently sitting at 569 and while some of the much older content has been removed due to outdated quality, what is left is quite good and certainly delivers in regard to gay bears and lots of jerking off, duo and even group action.

Bear Films updates each week with a new video and has been doing so for quite some time now. While the videos aren’t labeled by their dates on the collective pages, they are on the individual video page. A regular memberhsip only offers the ability to stream the videos, with downloads costing a bit extra. The streaming worked well for us though and buffered quickly. There are several options for streaming quality.

Each video comes with a set of about 40 digital stills or more, with the latest stills sized at about 1976×2400. Bear Films has been adding still image galleries to it’s site for a number of years though, so there are more pic sets than videos. The total gallery count at this time is 1620. There are no slideshows available, but zip files are on hand for downloading the full image sets.

We hear the term ‘muscle bears’ thrown around a lot these days. True, a hairy muscular man can be called a bear. But what about genuinely big (somestimes fat), very hairy men? Well, Bear Films has fans covered. Bears aren’t for everyone, true, but for hardcore fans this is the site to check. Members can also expect 16 assorted gay video feeds with a sign-up here. Keep in mind that the trial memberships are limited and there is a pre-checked offer on the sign-up page. Un-check it and all should be fine. Happy bear hunting! 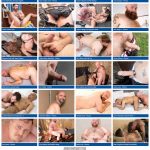 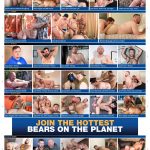 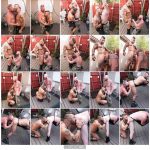 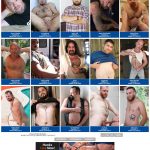 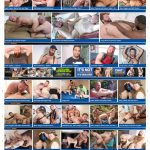