Active Duty is a site which focuses on hot, All-American military hunks ranging in age from about 18-19 to their mid-20’s. It’s a Dink Flamingo production and from the onset, that is pretty obvious by the way the scenes are captured. The men are very fit, some being quite muscular, many are well hung and they certainly aren’t lacking in lust or ability. Many of the models are experiencing their first man-on-man sexual adventures, with some sticking around the site because they like it so much. The main update schedule for Active Duty is one solo jerk off scene and a duo or group scene added per week.

Another thing Active Duty does well is pull off the ‘straight gone gay’ concept very well. Many of the group videos where two or more guys are breaking in a new ‘straight’ guy are very well done. A big turn-on, for sure. The way the guys act conveys the main fact that they are all about getting off and it doesn’t matter how that happens. Even if it means sucking cock and fucking other men.

Included in the current 1190 videos, which are all downloadable and free of any DRM, are solo jerk off and audition scenes. The majority of solo sessions feature guys that have never been on camera before. Some of the scenes are bit slow, but the vast majority are quite good and amateurs or not, these guys are horny. Most are well hung too. Solo videos are tough and go, but most of the ones at Active Duty certainly turned me on. Of course, the main objective for Dink Flamingo and Active Duty is to get two or more guys together for some hot cock sucking and ass fucking action. Of which there is a lot to be had here.

All video scenes inside Active Duty come with digital stills and/or video captures. They range in size from 960×720 to 1280×1920, depending on the age of the video scene. The newer images are better quality, representing the improved video quality Dink Flamingo have taken advantage of over the past year. The images capture the action from the videos well, can be viewed in hands-free slideshows and can also be downloaded via zip files.

Active Duty is a good site and can offer much to members. With two videos being added per week, there is always new content to watch. The video library is quite large too, which makes the membership cost worth it, in our opinion. 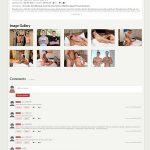 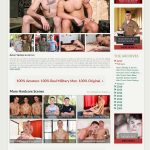 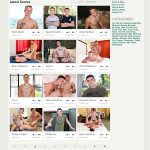 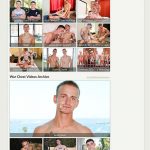 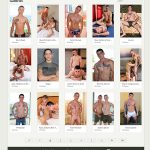