Describing the models at Falcon Studios is rather difficult, as they range so dramatically in appearance and body type. Muscle has always definitely been a big part of their menu, but over the years they have flaunted men with mustaches, hairy men and muscle bears, smooth studs, more slender hunks, cowboys and much more. Needless to say, there are men inside Falcon Studios for every taste. To sum things up, the men appear to range in age within their twenties and thirties. While muscle is certainly part of the package, not every guy is totally buff. Being fit is a prerequisite to be on this site though, no doubt of that.

Along with streaming videos, Falcon Studios also provides image galleries, which are made up of either video captures or digital stills. The most recent stills are of quite good quality, boasting and average size of 1280×1920. As it is with the videos, the image quality depends on the era. The oldest captures average in size at about 475×690. Approximately 5 to 20 images make up each set, with downloadable zip files and slideshows available for viewing. 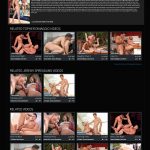 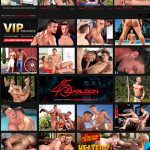 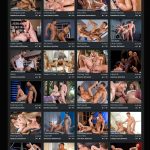 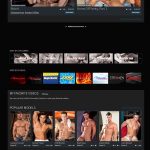 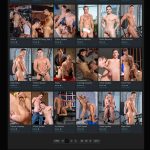