European studs Joey, Jason and Jimmy Visconti noticed a number of years ago that there were no gay porn sites which focused on triplets, so they created Visconti Triplets. Being of Hungarian descent, the Visconit Triplets feature men mostly from that area of the world. So we see lots of big, uncut cocks and of course, plenty of muscle hunks. While the three brothers seldom touch one another, they do engage with other men together. Many bottoms have felt their big dicks inside their asses. Visconti Triplets no longer updates, but there are over 250 videos to take advantage of, as well as bonus sites on the same network.

Each video inside Visconti Triplets comes with a set of digital still images, but there are also extra image galleries available. Which brings the total photo gallery count to 413. I didn’t find the stills too repetitive, which is nice to see. All image sets can be downloaded via zip files and viewed in slideshows. 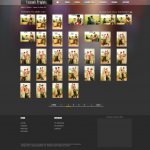 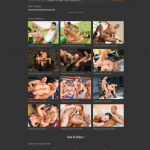 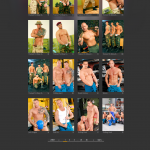 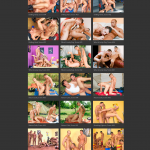 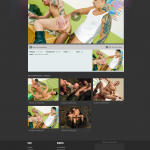 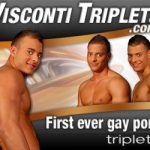 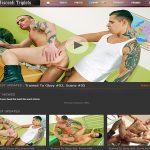