Dylan Lucas is all about beach hunks, Circle Jerk Boys is about hardcore ass fucking now, not so much about circle jerks, and Cock Virgins is about first-timers engaging in their debut gay sexual experiences. Which I found very hot. Whether they’re really straight is anyone’s guess, but they sure play the role well and they definitely hard to look at. Whether they’re getting blown, sucking cock or fucking or getting fucked.

The current video count inside the Pride Studios network is 2664. All are free of any DRM restrictions and can be downloaded to keep. The latest videos come at a size of 1920×1080 and an average bitrate of 6 Mbps. The videos are taken with 4k cameras, so the quality is very good. Older videos come at a size of 720×540 and a bitrate of about 2 Mbps. They are still decent, but not as good as the newest additions, of course.

The action is captured very well in the videos. Pride Studios is very good at grabbing great moments, closeups and such these days. It’s almost as if the cocks are getting bigger too. Videos are updated twice per week on a regular basis from many of the sites on the network.

Pride Studios have always included video captures and digital stills with their videos. Along with extras. At this time there are 3780 image sets. They can all be downloaded via zip files and/or viewed in slideshows. The latest images come at a size of 1280×1920 and are digital stills, with the older images, video captures, at 600×800 at the smallest. The action has always been captured well in Pride Studios’ images.

As with many sites these days, the trial memberships are limited with Pride Studios. There is also a pre-checked offer on the sign-up page. These are about the only issues I could find with the site. The navigation is very well laid out and easy to use, streaming went well and downloads were quite fast. 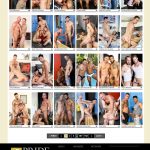 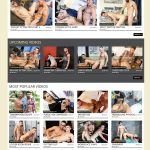 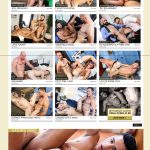 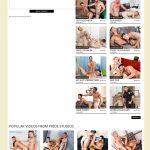 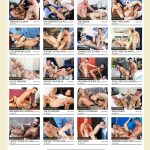